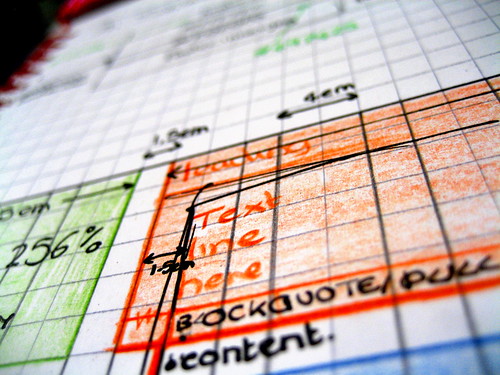 That wily fox Matt Cutts once again set about the clucking SEOs this month with a Twitter announcement that Google were making changes to their algorithm focusing on page layout.

Google uses aspects of page layout as one of the signals that determines SERP ranking. They are especially concerned that, all else being equal, they don’t rank pages highly when the ‘above the fold’ portion of the page does not contain useful content for visitors. What that generally means is that they would rather web site owners didn’t fill the part of the page that first appears to visitors with adverts and bury the content further down the page.

Unfortunately, Google, with their usual lack of clarity, has failed to stipulate exactly what constitutes good content ‘above the fold’, but the common sense approach is usually best. Google tend to attempt to put themselves in the place of their users, and ask what is that user likely to find most useful. They may get that wrong fairly frequently, but absent any better data, this is probably the best approach for website owners too.

But, as with all things Google algorithm related, there’s a careful balancing act involved between multiple factors. Page layout is one of over 200 different factors that are considered when determining ranking position. Unless the layout is particularly egregious, and providing the content is of a sufficiently high standard compared to competitor sites for the relevant keywords, the effect should be fairly minor.

There are numerous prominent sites that choose to have large graphics in the top portion of their pages. The Verge is a notable example of this practice. They have very large headlines and images that stretch well below the fold on most of their articles. The textual content is often pushed well below the end of the first screen(depending on screen size and resolution.) It’s an aesthetic choice that does a lot to establish that site’s brand and personality, and it does them no harm when it comes to traffic.

On the other hand, many affiliate sites and others choose to have almost no meaningful content on their pages, and a large selection of banner and other adverts at the top. These are the sort of sites that Google are going after with their updates. But these sites are going to be hit with a number of other Panda and Penguin related penalties anyway, so the layout update will just be one of a number of factors that prevents them from doing well.

The best response is probably to wait and see whether a particular site seems to be affected, and adjust accordingly. However, you shouldn’t expect to see immediate results, Cutts has warned that it will take some time for the crawlers to re-index a sufficient number of a site’s pages to register layout changes, possibly several weeks.

Have you seen your sites affected by the page layout update? Do you think it’s a good idea? Feel free to vent your frustration (politely) or voice your approval in the comments below.