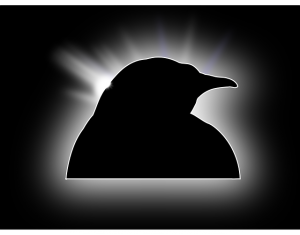 A little over a year after its introduction, the Penguin algorithm was given a major update. As many have discovered, Penguin has had sweeping effects on the way Google deals with sites it considers to be trying to game the system with over-optimization.

Since Penguin first hit the servers, there have been two significant updates, both of which were largely tweaks or minor data refreshes. Penguin 4 brings a major update to the core algorithm and is expected to delve far deeper into sites in search of spammy tactics.

There are easily understood tactics that were once considered SEO best practices that will now have a negative effect on a site’s ranking. If site owners have previously taken a gamble and used these, then breathed a sigh of relief that Google apparently hadn’t noticed, they’re almost certain to have taken a hit in the last few weeks as the  search engine company called in its markers.

If you’ve engaged in some shady link-building in the past, and have a lot of low value incoming links from spammy sites, it might be a good idea to cut those ties.

In the natural course of things, incoming links are going to have a large variety of different anchor text. If 90% of the incoming links to your site have the same keywords in the anchor text, Google is going to consider it likely that those links haven’t been built naturally over time because linkers value the content of the site.

Buying and selling links that pass PageRank is right at the top of the list of tactics that will get a site demoted in the SERPs.

If you’re still doing this, 2005 would like its SEO tactics back.

Any technique, including cloaking and sneaky redirects, that shows different content to Googlebot than to human visitors is going to get a site spanked in the SERPs.

Has your site taken a hit in the last few weeks? Or perhaps you’ve been using the techniques we’ve mentioned and seen no harm to your ranking at all.  Feel free to discuss it in the comments below.