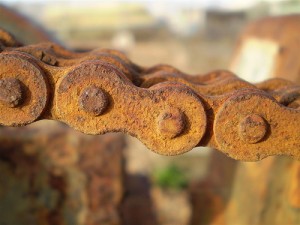 Matt Cutts recently made another of the videos in which he answers questions from the webmaster and SEO communities. This video specifically dealt with the subject of whether “rel=nofollow” should be used with widgets and infographic links.

If one were to judge by the number of questions and confused statements on the subject of nofollow links, it would be a safe bet that Google’s message about what exactly should or should not be passing link juice is not clear to the vast majority of people.

In this article we’ll explain the idea behind nofollowing links, the effect that they have, and which links should be nofollowed. But first, here’s what a nofollow link looks like:

Why Should Some Links Not Pass PageRank?

Towards the end of the video, Cutts says:

I wouldn’t expect a link from a widget to necessarily carry the same weight as an editorial link, freely given, where someone is recommending something and talking about it.

The number of incoming links to a page is one of the most important factors that Google uses to determine where a page should be ranked. All things being equal, lots of links from high authority domains will result in a better ranking than a page with fewer incoming links. That’s more or less how Sergey Brin’s original PageRank worked.

When Cutts says “editorial links”, he means links that are on a page because they are relevant to the content of that page or because the site owners think that they point to something cool or informative that their readers should see.

Because Google uses those links as a measure of quality and relevance, they need to be able to distinguish between “editorial links” and links that only exist because they have been paid for or because they came along for the ride with some other code (as in the case of widgets or WordPress themes).

To some extent, Google can filter out the links that it isn’t interested in following itself. But, sometimes it’s not so clear cut which links are editorially motivated and which are motivated by money or an attempt to game the search engines.

The “rel=nofollow” tag, when added to a link, tells Google’s search engine crawlers that they should not follow the link or count its existence as a ranking signal. Google insists that sites do this for obviously paid links and failure to nofollow such links frequently leads to sites being penalized.

The case for paid links is obvious, but there are edge cases, like with widgets and infographics where, until now, it’s not been quite clear.

What Should Be Nofollowed?

Of course, it’s entirely possible that you could ignore this advice and that Google wouldn’t notice in the short-term, but in the long-term, algorithm improvements for detecting spurious links will improve, especially in the case where they are massively duplicated keyword-rich links.

Links exist to fill a number of different functions, not only to pass PageRank. A link that Google doesn’t follow is not necessarily a useless link; they drive traffic and raise brand awareness, so site owners shouldn’t be overly concerned with the trend towards nofollowing. If a site has plenty of great content that encourages people to link to it and share it on social media, then a strong link profile will grow organically.