Last month, at the beginning of the roundup, we asked, “Is SEO dead?” After September’s “Keyword Not Provided” announcement, we’re willing to bet that more people are worried the answer to this question is “Yes.” The truth is, it’s just as sensationalist a question as it was a month ago. As always, the SEO industry will react and adapt. In the meantime, it wouldn’t hurt to put a renewed focus on your content marketing and social media efforts. To help you on your way, we’ve gathered up the best SEO, content marketing, and social media articles from August. If you’re looking for the same great content the rest of the month, don’t forget to check in with us at Twitter, Facebook, and Google+.

What Google’s Latest Panda Update Means for Your SEO 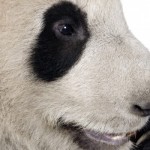 When Google’s so-called Panda update dropped in 2011, it turned the world of search on its head: quality, not keywords, would dominate from here on out and content would be king. Now Google has updated its algorithms again—call it Panda 2.0—and every marketer and small business needs to adapt once more.

Failing to optimize your company’s website for search can have a disastrous effect on your online marketing efforts. Every company needs to have a good grasp of the latest Search Engine Optimization (SEO) techniques and the key strategies required for high search rankings.

10 Tips For Using YouTube To Kill At Local SEO

Here’s a local search optimization tactic that is a staple in the repertoire of many professional SEOs: YouTube Optimization. It’s particularly effective in local search since relatively few businesses have created and published video promotions for themselves.

4 Ways to Win at Tablet and Mobile SEO

Ask any online publisher or blogger about tablet and mobile and you’re likely to hear this stock reaction; “Oh yeah, we are seeing more and more of our traffic coming from mobile devices.” What are those online publishers doing about this massive trend that affects their business? For the vast majority of them, the answer is nothing yet. 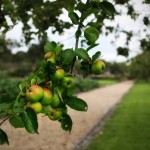 Creating and implementing a full SEO strategy can be a lengthy process. It often starts out with a detailed website health check and background research, which (when done properly) can take up a lot of time. This can seem counter-productive, as it delays carrying out changes and fixes that can actually start making a difference to your overall site performance.

Getting your business found in Google is all the rage these days. And, rightly so. Google is still the top search engine, with 67% of all monthly searches happening there. That’s why the inquiring minds of business owners everywhere want to know: “How do I get my business to show up on Google when someone searches?” 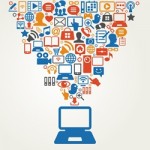 While video SEO best practices are a little different than those for plain-text pages, it still all begins with effective keyword research. Fortunately, there are many free keyword research tools available to help marketers identify the right terms for optimizing their videos. Here are three to consider.

As a rule, people are predictable creatures. Ask a crowd of people to think of a vegetable, and 90% of folks will answer “carrot.” The same is true for when asked about a popular tool (the majority of us, of course, say “hammer.”) This is known as the Prototype Theory, or a “mode of graded categorization in cognitive science, where some members of a category are more central than others.” 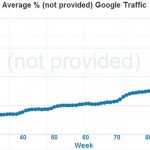 There has been quite the uproar the past few days, after Google announced that they are moving 100% of search queries from unencrypted to Secure Search. When this news broke on September 23, the SEO world had a collective panic attack. But is this really the end of SEO as we know it? Google Secure Search is the name for a change originally introduced in 2011. At that time, Google decided to start encrypting keyword search data for logged in users only, which was positioned as potentially impacting less than 10% of searches.

If there was any doubt about the speed at which Google is developing semantic search at a global level, the announcement of Hummingbird, Google’s latest semantic algorithm update, should make everyone sit up and take notice. Timed to coincide with the celebration of Google’s fifteenth birthday, Hummingbird takes semantic search, which is all about natural language processing and search query intent, and adds three new levels to it. 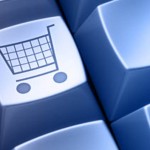 To the layperson, it might almost seem like an e-commerce business can’t fail. When the term eCommerce is used, many of us immediately think of sites like Amazon.com—so mighty, they seem almost to dominate our world, rarely missing a step and never failing to offer consumers precisely what they need. The reality, of course, is far more complicated.

Did you know that four out of five LinkedIn users influence or make purchasing decisions themselves? That content published on LinkedIn is generating six times more engagement than job updates? That 64% of LinkedIn members expect content updates to be both informative and insightful? 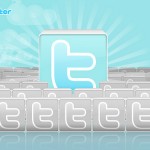 Twitter continues to go from strength to strength as a social media platform and powerful content marketing tool. With 500 million accounts and 200 million active users, no individual or company with a message, product or service to share can afford not to reach out to this vast interconnected audience.

Almost every business blogger aspires to be regarded as a thought leader in his or her respective field. It comes with a lot of perks: gaining desired traffic, a huge following, exposure on other blogs, and even individual success such as making a name throughout an entire industry.

What Cult Television Can Teach You About Content Strategy 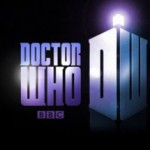 I am a big fan of cult television shows. With great scripts and compelling characters, they are often completely addictive and I have no shame in admitting that I am prone to becoming well and truly hooked to particular programs. Another component that makes these sorts of TV shows such a joy to watch is the emphasis on overriding themes and how they affect the characters and drive the plot forward.

How to Search Old Tweets and Find Influencers with Topsy

Have you ever needed to find an old tweet? It’s nearly impossible. Twitter search doesn’t go back more than a few weeks and most social media tools only show recent tweets. Today, Topsy saved marketers everywhere by introducing what Twitter promised to release but hasn’t – the ability to search the entire history of tweets.

Using Social Media Internationally: How Not To Get Lost in Translation 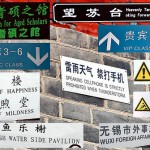 Hands up who’s got a Twitter follower from Japan? How about Facebook friends in India? Does that mean your social media is international? Probably not. Connecting with fans and followers – or customers – around the world on a handful of social networking platforms isn’t the same as engaging with them and being part of their online world.

Vine, launching in late-January, opened up opportunities for brands to drive engagement with its post-integrated 6-second media format. Whether Vine is already part of your video strategy or not, this infographic will help, looking at the best brands on Vine and the way they are using the six-second video sharing platform. 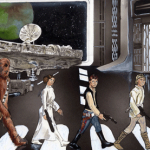 1.”Do, or do not. There is no try.” Need to connect with customers? Need to get an X-Wing out of a swamp? Either way, go ahead. Do it. Don’t try to do it and don’t do it passively or without a plan. Social media is an ongoing campaign. You can’t afford to think of social media as an ad you buy.

Much has been said and written about social media and the way on how best to use the new medium is still being written. That’s okay, though: fifty years after the invention of television, we’re still looking for ways to increase its impact. The search for improvement will never end, and a good thing too.

We’ll finish up this month’s roundup with Matt Cutts answering the question, “Can nofollow links hurt my site’s ranking?”