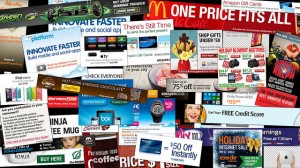 It’s no secret that online marketing has been suffering in recent years.  The use of ad blockers is on the rise, fueled primarily by poor advertising practices. That’s bad news for webmasters who draw most of their revenue from advertising partnerships – and even worse news for marketers.

“The majority of feedback from readers is that they block because of the nuisance of ads,” Destructoid founder Niero Gonzalez told Forbes in 2013, after finding out that over half of his visitors used ad-blocking software. “People are fed up with ads that expand and blow up in their face. If I wasn’t in the publishing industry, I would definitely use it.”

The NSA’s shenanigans over the past year have only served to make ad blockers even more appealing, as more and more users begin to worry about their online privacy. I’d wager that as many users are installing the software to avoid being tracked as they are to avoid being interrupted. The lesson here, then, seems simple: people don’t like being interrupted by invasive advertising , and they like being monitored even less.

As a webmaster, there’s really only one solution to the ad-blocking epidemic: you need to integrate non-invasive advertising into your website. Your audience needs to be assured of the fact that they can browse to their heart’s content without having to worry about aggravating advertising spots, or the distribution of malware. It’s a tall order, I know – but the alternative is to simply cut ads out altogether.

So…how can one make ads less invasive? How can one avoid aggravating and alienating audiences while still pulling in marketing revenue? Let’s see if we can lay down a few guidelines.

Stay Away From Audio

My first piece of advice is to stay away from audio ads. Few things are more jarring than visiting a site and immediately being shouted at about car insurance, or your summer vacation, or feminine hygiene products.  Personally, I’d liken it to visiting a shopping mall and being followed around by a loud, clueless salesperson who’s trying to talk you into purchasing a product you neither want nor need.

In the spirit of the previous point, think carefully before using any advertisement that interrupts the ‘flow’ of your content. I’m talking about pop-over ads which prevent a user from reading an article, advertising spots which serve as a ‘gateway’ to video content, or full-page interstitial ads which insert themselves into multi-page articles.

YouTube is particularly guilty of this sin, inserting ads that can be anywhere from ten seconds to three minutes long in front of many uploaded videos. Nine times out of ten, the user probably doesn’t even bother watching the ad – they’ve just got their eyes on the “skip to video” button.

Ideally, ads should be organic – they should flow easily with your site’s content, and the user should never feel like they’re being forced to view something.

If your ads are misleading your user, then you’re doing something horribly wrong. It should always be clear to your audience which elements of your page are legitimate content and which are advertisements.  If you’re finding that your site is hiding ads behind download buttons, disguising them as legitimate articles or hiding them within its content, then you’re part of the problem.

Here are a few examples of tactics you should avoid.

Make Sure Your Ads Are Properly Targeted

Another reason I’ve heard users give for installing ad-blockers is that they feel online marketing simply isn’t relevant to them. They’re not being sold anything they’re even vaguely interested in. Now, here’s where we reach something of an impasse – how can you maintain user privacy while still targeting your ads?

In an ideal world, you’d be able to manage and target your own advertisements. Since most publishers don’t necessarily have time for this, the best you can do is make sure you’ve properly optimized your site and properly configured AdWords. Google should theoretically be able to handle the rest.

Monitor Your Ad Network – And Take Action Against Bad Ads

Last, but certainly not least, keep a close eye on what ads your site is running – and make it easy for users to report invasive, unpleasant, or irrelevant ads. Facebook’s actually a great example of how you can do this – whenever there’s an ad in a user’s newsfeed, they can report it to the social network, marking it as spam, offensive, or simply irrelevant to their interests.  Follow Facebook’s example, if you can.