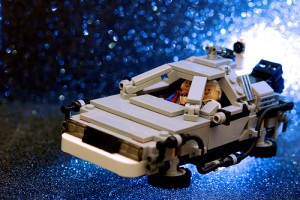 The great thing about the end of any year is all the ‘End of Year’ articles. You have ‘Best of’ articles, ‘worst of’ articles, lists of what we learned last year, and how to prepare for next year. And let us tell you, we have plenty of those in our final roundup of 2014. If there’s one thing about inbound marketing, or its pillars of SEO, content marketing, and social media, it’s that this is an ever-changing industry. There are always lessons to be learned and strategies to evolve. In that spirit, we’ve rounded up the most relevant articles from the fields of SEO, content marketing, and social media to help your business develop a winning inbound marketing plan. These are the best we found in December. If you’re looking for the same great content the rest of the year, don’t forget to check in with us on Twitter, Facebook, and Google+. Also, keep your eye out for Marty McFly in 2015.

How Will Google+ Affect SEO?

By now you’ve probably heard about Google+, the latest social networking craze and most recent effort by Google to take on Facebook and Twitter. But did you know that it could affect how your business’s website gets found on Google’s search engine?

The first thing any SEO thinks when a client says “I’m redesigning my website” is what impact will this have on all my work? In these events, often the client doesn’t even consider telling their online marketing agency about the redesign until two days before launch.

If you’re like most people, you’ve probably already checked out for the year. Clients are out of the office, you’re on vacation, and 2015 contracts have already been signed. There’s nothing left to do but close that computer, put on your slippers, throw a log on the fire, and hibernate until January 2nd.

Online marketers spend a lot of time demystifying Search Engine Optimization (SEO), from the jargon and rules to new updates and algorithms. As the technology continue to advance, what you might know about SEO a year ago may no longer apply today.

Google Penguin’s Shift to ‘Continuous’ Updates – What Does it Mean for SEO?

Is it just me, or has the SEO world felt like Penguins on Parade recently? Penguin 3.0 was released in mid-October, and we heard it would be rolling out for a few weeks. But eight weeks later, it’s still rolling.

Looking Back at 2014. Top SEO Experts on Their Wishes for The Ending Year

A year ago we reached out to a number of SEOs with an unusual request. Instead of looking for their new year’s predictions, we asked what would they wish for in 2014.

It’s that time of year again – time to finalize the operating budget for 2015. In my corporate life, I found that marketing budgets were often the most “fluid” of all expense items. That’s a nice way of saying it was frequently the first place to cut.

The year 2015 is nearly upon us, and every marketing department is forecasting and planning how to make a new splash next year. How is your SEO strategy looking?

Online traffic is one of the key performance indicators for online businesses, as it directly affects the number of leads your business acquires. Most online marketers focus their attention on the most well-known sources like search engines, social media channels, and well-known (high-bandwidth) websites.

If 2014 was the year content became the connective thread for all marketing, 2015 is poised to be the year that brands actually understand their audiences, and finally prove return on investment.

2015 Will Be the Year of Video Marketing

Show, don’t tell. That is the simplest yet most powerful lesson a storyteller can learn. As marketers put more emphasis on content that tells a story, we need to remember that old writing adage—even though it’s much easier said than done.

14 Checklists, Scorecards, and Worksheets to Set Up Content Marketing Success

As the year draws to a close I sat down and reflected on a number of my “Favourite” Social Media Marketing Tools for 2014. These are the tools, books and resources that have transformed my business in 2014 and I hope they will help to shape your marketing and business in 2015.

So, was 2014 everything you dreamed it would be and more? Or was it one series of surprises after another, each one slightly worse than the last, until you felt your soul slipping away into a level of hell that Dante’ was too scared to write about…

Special Report: Will People Ever Buy Through Social Media?

How to Use Twitter to Influence People and Make Sales

Ever wonder what top sales people tweet about? Is it all business all the time — or do they spice up the conversations with tidbits about their personal lives? What information do they share — and why?

How Facebook Knows When Its Ads Influence Your Offline Purchases

This month we’ll end the roundup with a funny Microsoft ad taking a poke at Apple’s Siri.