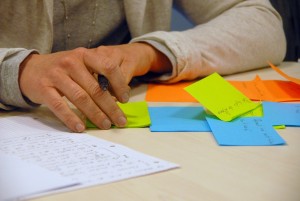 Although traditional search engine optimization doesn’t hold quite the same weight as it used to, that doesn’t mean it’s not worthwhile to school yourself in a few of the tactics generally associated with SEO. After all, even in the era of semantic search, older techniques can still help you rank – and understanding them can give you a greater understanding of the semantic web, besides.

At any rate, search engine optimization is just like any other field – you’re only as good as what you know. That’s where we come in. Today, we’re going to go over a few advanced, less-understood on-page techniques.

Our first term involves the placement of keywords (and possibly entities, if we’re looking from a semantic search perspective) on the page. If you’re locating important keywords, links, or other ranking factors in the main body of your page, the evidence exists that they’ll be given more weight than if placed elsewhere. Keywords in the main body of a page have more of an impact than if they’re placed in footers, sidebars, or navigation.

This is probably one of the most complicated terms, and among the more difficult ones to understand. Basically, semantic distance is the term used to refer to the relationship between terms and phrases based on sentence, paragraph, and HTML elements; it’s also concerned with how that relationship defines them. This is sort of related to semantic search – webmasters can employ structured data markup to better establish the relationships between entities and to make their semantic distance clearer to search engines – indeed, it’s almost necessary that one do so if one is to tap into this tactic.

For example, let’s say the words “Fettuccine” and “Pasta” appear in the same text. Simpler methods of determining semantic distance would mark them as more closely-related the closer they are to one another; they’d be semantically ‘closer’ if they appeared in the same sentence as opposed to different paragraphs. Structured data markup allows webmasters to explicitly define this relationship – it allows them to directly tell search engines that the two terms are related, improving semantic search for those terms.

TF-DF is a statistic the reflects how important a word is to a document. Used as a weighting factor, TF-DF increases based on the number of times a word appears on a page, but is limited by how common that word tends to be in everyday speech.

Although it’s not clear how significant TF-DF is as a ranking factor, it may well be related to the claims that the Penguin algorithm examines a page’s readability level along with its links.

Here’s one that’s directly related to semantic search – and if possible, it’s one that’s even more complicated than semantic distance. Basically, entity salience is concerned with the relationships between entities on a page. Let’s say, for example, you mention George Foreman in an article. Assuming you bring up terms like “boxer,” “grill,” and “Olympics,” in the article, they’d be assigned a high relevance score, as they’ve a strong entity relationship with Foreman.

This Google Research Paper does a fairly good job of summing things up.

Last, but certainly not least, we’ve got synonyms. I’d say this is the one tactic on the list that most of you are likeliest to have heard about. The theory goes something like this: Google’s search engine has a vast library of synonyms, and making use of them as part of natural language can help you rank for a particular keyword or query. That said, it’s important that you exercise caution – use only variations that would make sense, and don’t overuse synonyms; that’s a tactic akin to keyword stuffing.

Whenever you hear someone bellowing that SEO is dead, you can safely ignore them. Search engine optimization as a career is never really going to die – as long as search engines exist, there’ll be value in trying to figure out what makes them tick. The tactics outlined on this page are just a few examples of how SEO is changing, and perhaps an indication of how it will change in the future.